The first bad decision a customer may make in a project, is to push us to commit to the infamous triangle – “a lot-fast-cheap-good” and it is as stated not feasible.

The ’Involvement/Impact Matrix’ describes the project’s stakeholders and the way they should be managed.

Ideally, all project stakeholders should be situated such that there is a healthy correlation between their involvement in the project and the level of impact and influence they yield. Whenever a stakeholder strays from this position, he should be nudged back to this optimum point.

When we discover stakeholders who affect the project but are not sufficiently involved in it, action must be taken to increase their involvement so that it matches their impact level. If this proves impossible, we must check to see if there is a practical reason for why these stakeholders are interfering with the project. We may discover that this is simply a case of conflicting objectives. If so, we have to “clean house” and ensure that the relative priority of each objective is clearly defined. If it proves impossible to curtail the stakeholder’s (negative) impact on the project, the only solution may be to escalate the situation by bringing it to the attention of higher-level stakeholders so they may take steps to reduce the impact of the disruptive stakeholder 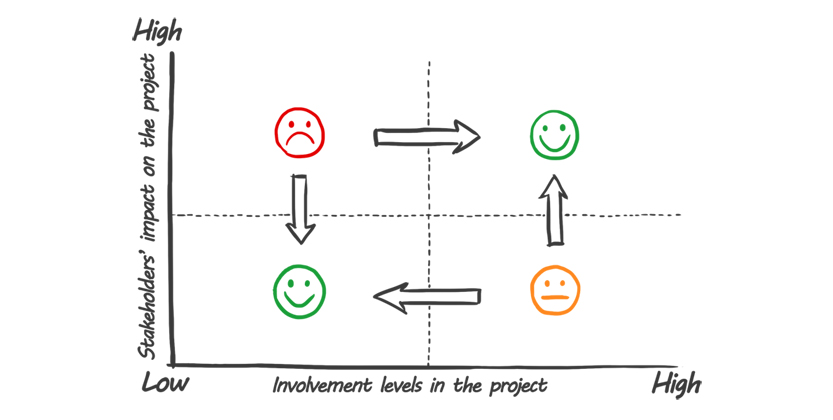 A common scenario in this matrix occurs when a team member’s direct supervisor, one who is not directly involved in the project, pulls the team member off the project regularly and assigns him routine duties instead, often without prior notice. This can affect the project seriously and negatively. In order to solve this problem, the supervisor’s involvement in the project should be increased while ensuring minimal interference with his ongoing work. If this does not succeed, we must advise the project’s management of the situation. They will then approach a senior manager to reduce the supervisor’s (negative) impact on the project. Obviously, such a step is a last resort and is only to be taken when all other approaches have failed. 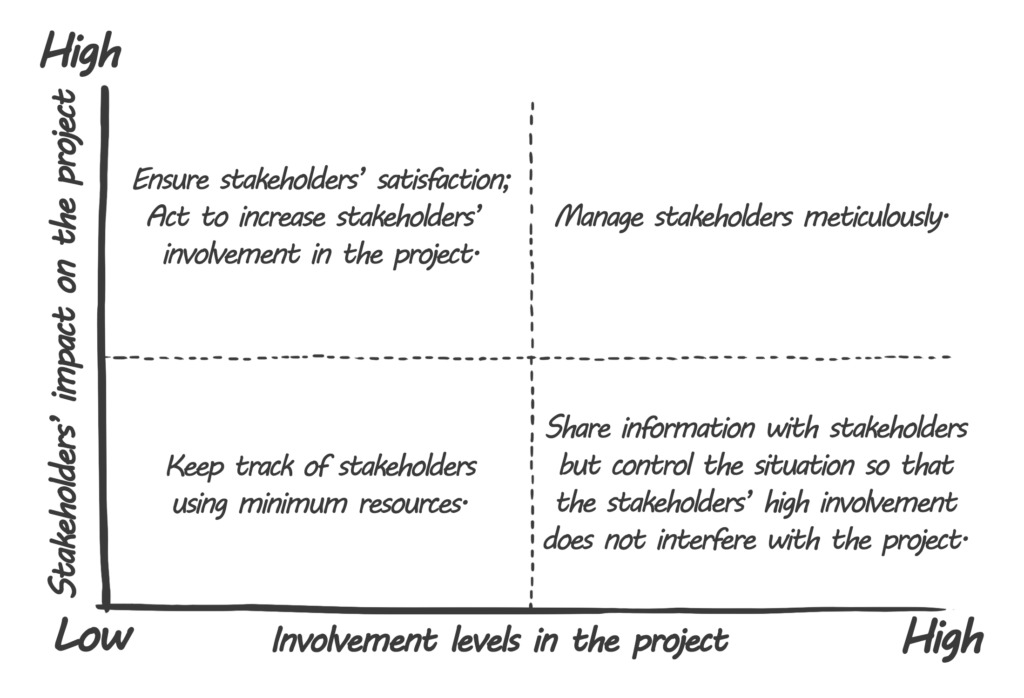 It is possible to estimate the level of stakeholders’ involvement in and impact on the project using a numerical scale from 1 (low) to 5 (high), and measuring the numerical gap between them. A gap equal to or greater than 3 is problematic and must be dealt with. For example:

An interesting fact: The rate of success in meeting the project’s objectives is strongly related to stakeholders’ tolerance of deviation from those self-same objectives. In other words, when stakeholders show real commitment to a project, its objectives are met at a significantly higher rate than on projects where no such commitment is manifest. 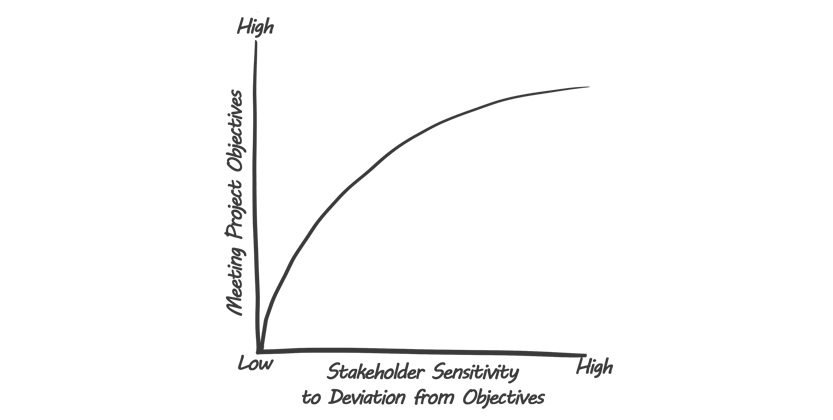